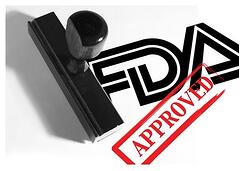 A “505(b)(2)” application refers to a new drug application (“NDA”) in which the sponsor has not conducted all of the studies necessary to support FDA approval. Instead, the sponsor relies on studies performed by a third party without the permission or “right of reference” from the third party. The sponsor might rely on studies reported in the literature, studies that supported an earlier approval of the drug by FDA, or studies from any other external source.

Veloxis involved competing applications for an extended release version of tacrolimus, an immunosuppressant used in kidney transplant patients to prevent transplant rejection. FDA originally approved tacrolimus in a twice-daily immediate release capsule in 1994. In 2013, the FDA approved the first extended release version of the molecule, based on an application filed by Astellas Pharma US, Inc. (“Astellas”). Critical to FDA’s approval were two Astellas studies demonstrating the drug could successfully suppress the immune system in patients who had just received a kidney transplant (“de novo patients”).

Approximately one year after the Astellas approval, Veloxis Pharmaceuticals, Inc. (“Veloxis”) submitted its own New Drug Application (“NDA”) for an extended release version of tacrolimus, based on its own clinical studies for the drug. FDA, however, refused to approve the drug until the expiration of Astellas’ three-year data exclusivity period from the clinical studies it had performed. FDA did, however, propose a compromise.  Because Astellas had only studied the treatment of de novo patients, FDA indicated that it would approve the Veloxis NDA for the treatment of patients who were already stabilized on an immunosuppressant regimen, and were being converted to a different regimen (“conversion patients”). 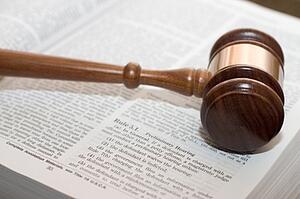 Veloxis refused FDA’s offer and filed a lawsuit against FDA arguing, among other things, that Astellas’ data exclusivity did not bar its application because Veloxis’ NDA did not rely on Astellas’ clinical studies. Veloxis argued that reliance was an essential requirement for new data exclusivity to arise. The court, however, sided with FDA, and found that reliance was not needed for new data exclusivity to apply. Exclusivity arose solely because Veloxis’ application was filed under section 505(b)(2), and Veloxis was seeking approval for the same “conditions of use” in de novo patients that Astellas’ clinical studies had supported. Veloxis could secure approval for other conditions of use, including the conversion patients FDA had proposed, but Astellas’ data exclusivity prevented FDA from approving Veloxis’ NDA for de novo patients for three years from Astellas’ approval.

Sponsors of new drugs plainly wish to simplify the development process as much as possible. Section 505(b)(2) allows drug companies to avoid duplicative time consuming clinical and pre-clinical investigations by relying on data generated by third parties. The Veloxis decision gives drug developers valuable insight and FDA guidance when choosing data to rely on in their 505(b)(2) applications, and the ramifications of such reliance.

Clark Sullivan focuses his practice on patent litigation, patent prosecution, technology licensing and other intellectual property issues. He has handled numerous disputes for his clients over the years involving patent infringement, false advertising, appeals of administrative actions, and federal antitrust law. Clark also has a significant practice in patent prosecution, counseling and transactional work. He is an active member of the Food and Drug Bar, and regularly advises clients on the Hatch-Waxman Act and FDA approval issues. His patent prosecution work is primarily in the pharmaceutical and diagnostic industries, and he has extensive experience defending client patent positions around the world, in countries including Europe, Japan, Australia, China and India.

Sujatha Vathyam, Ph.D., focuses her practice representing clients in the preparation and prosecution of patent applications, particularly in the area of pharmaceuticals, chemicals, cosmetics, biotechnology and food sciences. Dr. Vathyam ’s practice also includes client counseling, conducting infringement and validity analyses, drafting intellectual property licensing and joint development agreements and conducting intellectual property due diligence in connection with mergers and acquisitions. Prior to launching her legal career, Dr. Vathyam was a research chemist as well as a negotiator involved in complex transactions, which often revolved around patent licenses and sales, divestitures, joint developments, and technology licenses with both U.S. and international companies.