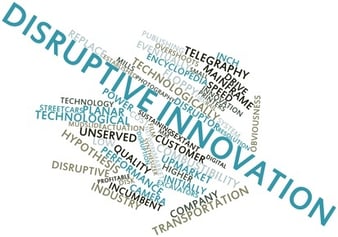 Wendy Diller, senior writer and market analyst at Innovation in Medtech, who served as moderator for the program, asked the speakers to describe their paths to their current companies. In recounting their roots, the speakers revealed incidents and life lessons that led to the innovations underlying their companies.

Mr. Huang related his childhood experiences shopping with his parents at Big Box discount stores. He no longer had access as an urban adult relying on public transportation. Earlier in his career, working in mobile gaming gave him one of his most important insights: “Mobile would not stop at the gaming industry. Most consumer-facing applications would be touched by mobile.” Realizing the potential for a bridge between wholesale shopping and mobile convenience, he and his team created Boxed.

Mr. Allen also delved into his youth for insights while developing ONC201. During his childhood in rural Georgia, he watched fireflies at night and wondered how their lights worked. “Back then, I never imagined I’d be at the University of Pennsylvania trying to discover a new cancer drug using the same technology the firefly uses.” He attributed the roots of his unorthodox approach to developing ONC201 to a thought process he began as a child. ONC201, a disruptive innovation in healthcare currently in Phase I and II clinical trials, targets cancer cells but spares normal ones.

Mr. Kling’s path to MPOWERD drew from his experience in the toy industry, where he studied children’s consumption behavior. “Kids become bored quickly but respond to products with a ‘wow factor,’ he said. “We’ve taken the same approach to the lighting category.” He demonstrated MPOWERD’s Luci solar lights – small, inflatable, waterproof, powerful, lasting for 12 hours when fully charged, and costing under $10 each.

Ms. Davich’s venture was sparked by a business school case study about payroll cards. She discovered that prepaid cards were not very successful because of the difficulty in “engaging, educating, and ultimately changing behavior of … low-income consumers.” She learned that low-income consumers respond positively to chance-based games, which led to her development of PayPerks, an engagement platform that not only educates, but also rewards users.